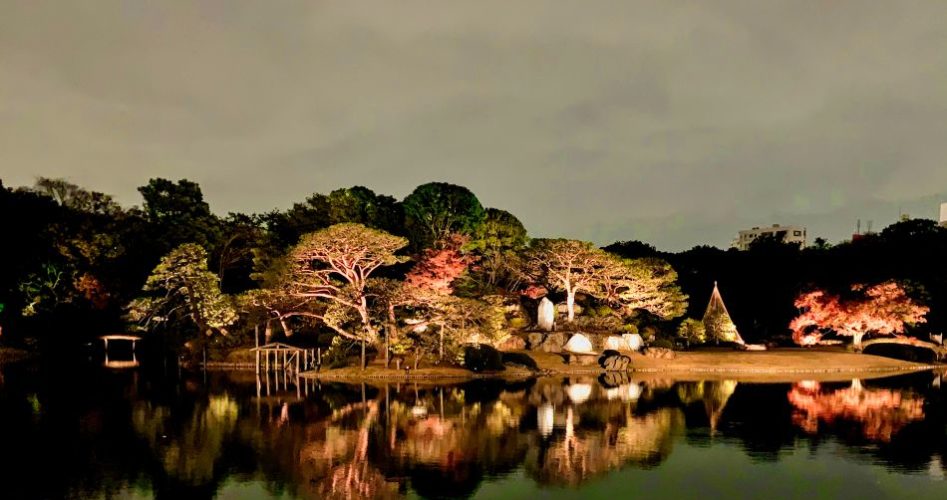 Rikugien is one of those places where art mimics art. When the noble samurai Yanagisawa Yoshiyasu founded this garden some 300 plus years ago, he was inspired by classical Waka poetry and sought to give it shape within earth, stone, water, and plant. In fact, the word Rikugi refers to the “Six Forms of Waka Poetry” while en means garden. If you’re lucky to find a full English translation of Kokin Wakashu (古今和歌集) perhaps you gain some insight into Yanagisawa’s own ascetics – seeing as he was inspired by this literature published by an Emperor some 800 years before the Edo period samurai himself!

Today Rikugien is open to the public and is one of Tokyo’s highly renowned gardens in addition to being designated as a “special place of scenic beauty” by the Japanese government.

From mid-March to early April, Rikugien lights up its prodigious weeping cherry tree (also known as the Shidarezakura) for an annual illumination viewing. The Shidarezakura is truly a massive tree and measures at 15m high and 20m wide. During the day, the tree looks like a soft pink cloud, while at night the lights create an illusion of cascading blossoms.

Japan has a very long history with the Ajisai (紫陽花) or Hydrangea. It was first cultivated in Japan. There is even a tea called ama-cha (甘茶 “sweet tea”) made from the Hydrangea serrata, a specific breed whose leaves contain an ingredient which develops a sweet taste. A legend has it that on the day Buddha was born, nine dragons poured Amrita over him. So every April 8th, during the Buddha’s birthday ceremony, monks will substitute ama-cha for Amrita and pour the tea over a statue of Buddha.

Sitting next to Rikugien’s hydrangea trellis while enjoying a cup of ama-cha is the perfect way to enjoy the verdant green of high summer. Followed by a stop at the tea house to enjoy wagashi in the shape of hydrangea,

From mid-November to December, Rikugien holds its annual Autumn Evening Illumination. As the lights turn on at sunset, the central pond sparkles with the vibrant colors of fall as the water reflects the image of the trees and their foliage. Taking a stroll through the garden circuit will guide you through over 400 maple trees and all their glorious hues of vivid red, deep orange, or flashy yellow.

Tsutsuji-chaya – This Meiji era tea house was built using azalea wood. It avoided damage during World War II and is a style rarely seen today. This is one of the best spots to sit and enjoy the fall foliage of Rikugien.

Togetsukyo – Not to be mistaken for the one in Kyoto, this bridge was created from two large slabs of rock linking a man-made island in the middle of the lake. It was named after the Waka Poem: “Shadow of the moon moving at night and cry of a crane in the mash of reed in the sore of Waka, makes me feel so lonely.”

Takimi-chaya – Takimi means “waterfall viewing” and next to this small tea house, you can enjoy the sounds of cascading water.

Horaijima – In Japanese and Chinese legends “Horaijima” is an island inhabited by immortals and represents a kind of paradise. Its often a feature found in Japanese gardens and is intended to be watched and pondered from a distance. So, find a bench near the pond shore and meditate upon this particular Horaijima.

Fukiage Chaya – Inside the gardens is a tea house that serves tea and sweet wagashi in shapes that reflect the season. In summer, the matcha will be iced and the wagashi in the shape of a hydrangea. In fall, the wagashi will be a maple leaf, while in spring they will offer a sakura shaped confection

A Garden for Meditation & Art

During the few times I visited Rikugien, it was crowded with people. I have a feeling that if I had a moment of solitude, it would have been easier to enjoy the gardens and to meditate on the original creator’s intention behind each vista and vignette. I also wish I had access to the poems associated with Rikugien. Regardless of these minor regrets, I felt that Rikugien represents a single facet of Japanese art and literature – all in a single perfectly groomed floriferous edifice – and that alone makes it worth visiting. 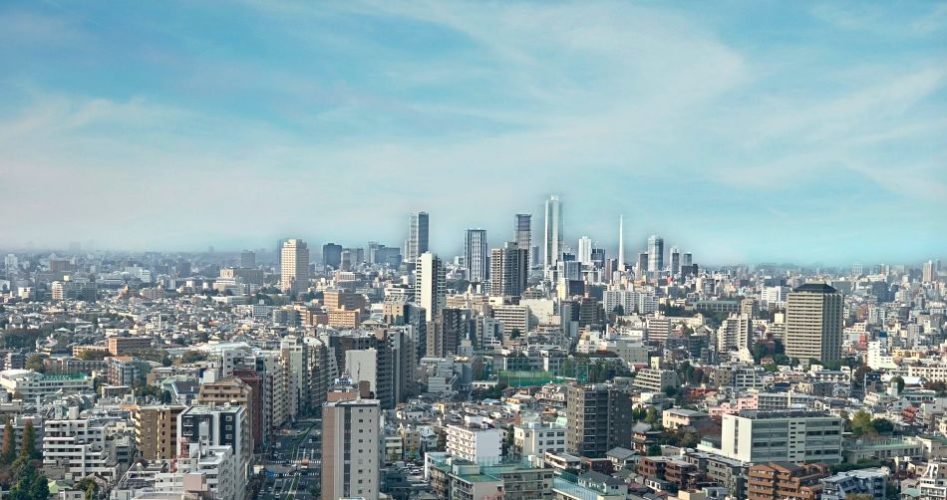 The Bunkyo Civic Center Observatory contains views from 130 meters up. With its unique 270-degree semi-circular shape, you can view the Tokyo Skytree at the east, Mt. Tsukuba to the north, and Shinjuku to the west. On a clear winter day, Mt. Fuji will show just behind the Shinjuku skyscrapers. Immediately below the civic center is Tokyo Dome City and the seventeenth-century garden of Koishikawa Korakuen. If you want good photos, use your best zoom lens, which is hopefully a 200mm or better.

The elevators to the observatory deck can get a bit tricky. If you enter from the first floor you first must take the escalators up to the 4th floor, then make your way to the elevators. You then take the elevator up to the 11th floor and then switch elevators which will stop at the 25th floor.  The elevators can get quite congested at around lunchtime and at around 5 pm as folks head out to go home.

If you want a fine meal with your view, make reservations at the Civic Sky Restaurant Chinzanso also on the same floor, but on the southern portion of the building. Lunchtime is from 11:30 to 16:00 and meals cost as little as 1300 yen. Dinner starts at 17:00 and ends at 23:30.

If you’re in the area, I highly recommend visiting Koishikawa Korakuen Gardens, a seventeenth-century garden done in the design of both Chinese and Japanese aesthetics. For more substantial entertainment, go to the Tokyo Dome City for events, amusement rides, matsuri-style foods. Personally, my favorite (although a bit pricy) Tokyo Dome spot is LaQua, a full-service onsen! If you’re looking for something more subdued and free, the University of Tokyo is roughly 20 minutes away by foot and offers a delightful scene of fall colors in November. 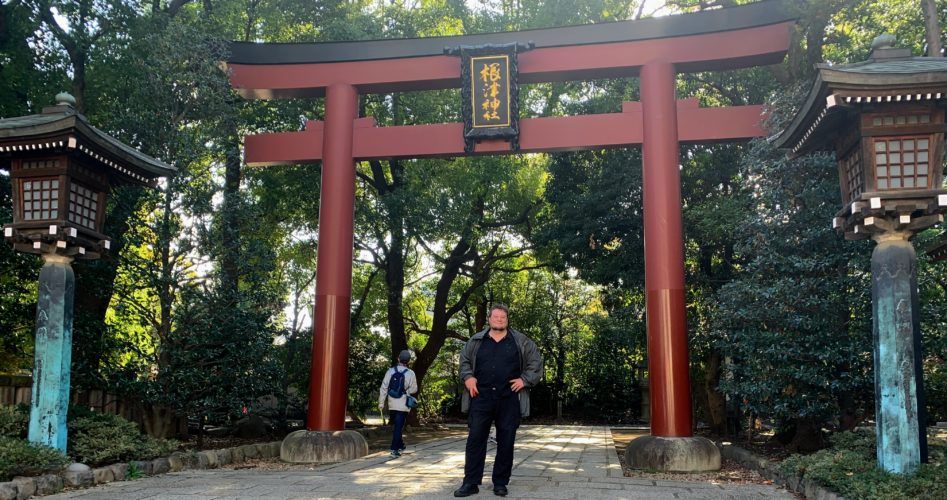