Sig Eating Meat on a Stick

In the US, I’m a big guy, bigger than most, but not always the biggest in any given situation. It was presumed that in Japan I would seem almost freakishly large. That the size of Japanese living spaces, transportation and the like would pose some real challenges from time to time.

For the most part, that didn’t prove true. I’m often the tallest person in my subway car, but not always. And I don’t feel any more out of proportion than I usually do in the US. There are situations where the proportion of chairs or doorways are not well suited to me, but this is neither the general rule, nor exclusive to me. Plenty of the locals run into the same challenge.

There is one notable exception, my feet. My feet are 32 cm long which translates to a size 16 US shoe. While on my feet, most folks don’t take notice of them because on me, they look pretty normal, but when I take them off and put them next to other peoples shoes I do get some serious double takes with wide eyes. My realtor was quite certain they were the largest shoes she’d seen in her life.

Americans are notoriously fat, and compared to what I am used to, the Japanese are rather fit and slightly built. But there is wide variation. I’m not always the fattest person I can find here, though again, I’m fatter than most. In the US I’m often told I’m not truly fat, but I don’t think that’s how the Japanese see me. Mind you, this doesn’t bother me, it’s the honest truth and I’m not ashamed about it.

Amusingly, the body type I’m closest to is that of a Sumo wrestler. I have a big, strong frame with heavy legs and broad shoulders all wrapped up in a layer of flab. Make no mistake, they are in much better shape than I, they train vigorously every day. But I may have missed my athletic calling in life by being born in the states rather than Japan.

Sigfried Trent
Sigfried is a devoted husband, software developer, author, and lifelong gamer who has had enough of the daily grind and is out for some good old fashioned adventure.
Tale of the Stolen Wallet
Kinkaku-ji – The Golden Pavilion in Kyoto 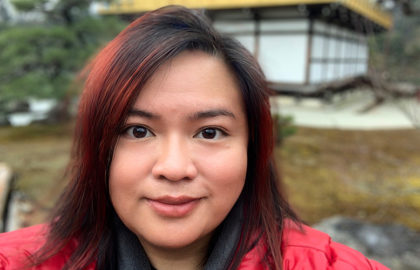