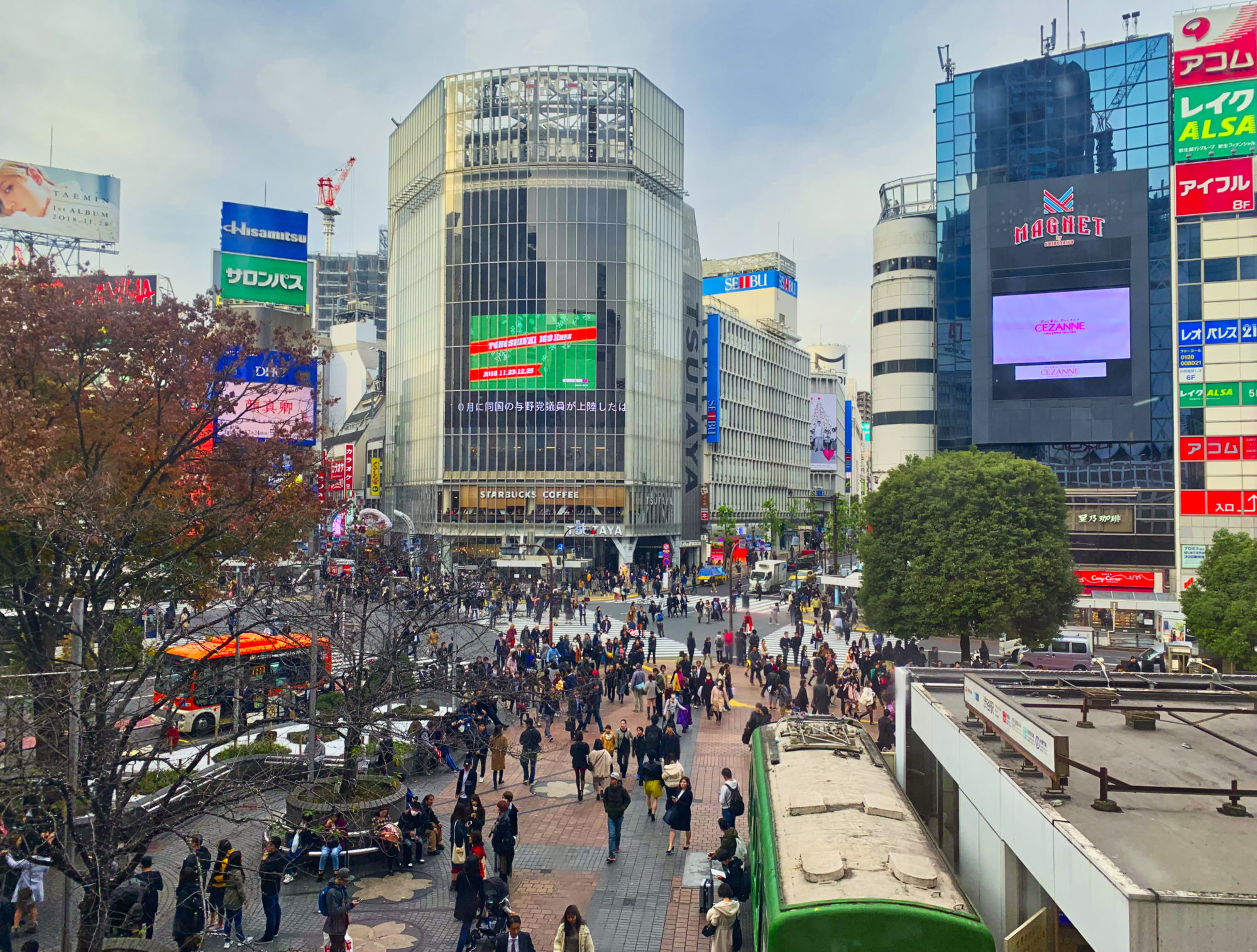 Curiously, one of my strongest impressions of Tokyo is my experience walking in the city. In America, urban planners are often besides themselves trying to create walk-able cities. Real estate agents list walk-ability scores for homes in Seattle to try and quantify this property.

Tokyo may well be the king of walk-ability. You can pretty much walk anywhere you like, and nearly anything you might need is usually within a short walk of where you live. Every part of the city has just about every service you could need. And if it doesn’t, then a train or subway can take you somewhere else in short order.

After three months of living in Tokyo the number of times I’ve wished I had a car is exactly zero.

The first thing I noticed when walking in Tokyo were these textured yellow strips that run down the center of most sidewalks and through all the train stations. S they have long ridges, other times they have a series of dots. I’d never seen anything like them in the US.

It turns out, these are “braille tiles” for blind people so they can navigate the sidewalks and train stations. The textures indicate a straight path, an intersection, a crossing, and so on. They can both be felt through your shoes and you can feel them with a cane.

The next thing I paid attention to was that lots of people were out walking. The sidewalks vary from sparse to packed during normal hours and you can usually find someone out and about at nearly any time of day or night if you look around.

Last up are the bicycles. While some sidewalks are off limits to bicyclists, in most places you will encounter quite a few. They tend to be slow moving but they can complicate things and be a bit nerve-wracking at times.

Walking around Tokyo is more orderly than say, New York, but not quite as rigid as you might imagine. While most Japanese tend to follow the rules, they are not above taking short cuts, especially if everyone else is doing it.

Jaywalking is very rare on major streets. Crosswalks are well marked and when there are signs telling you what to do, most folks follow them. Side streets are a different ball game. Tokyo is a spiderweb of tiny allyways and little market streets tucked behind the major roadways. There, folks just walk down the middle of the road when there isn’t a car around and there are no real sidewalks to speak of.

One rule that is followed pretty religiously is keeping left on an escalator. If you are going to ride it without walking, you keep left. If you go right, then you are expected to be climbing/descending actively. Stairs are more open to interpretation. Despite arrows telling you which side is for up traffic and which side is for down traffic, folks often ignore such instructions.

Go with the flow

Subways are where the pedestrian congestion is most intense. Steady streams and sudden surges of humanity move in every direction. Speeding salary men and women rush to avoid being late. Little old lady’s totter along at a snails pace. Packs of revelers support each-other after a hard nights drinking. And they all flow together in a surprisingly elegant dance… mostly.

Make the wrong moves and you can cause a lot of consternation among the crowds. One of the keys to social harmony is to do what other people are doing. If you see a flow headed in a given direction, try to join the stream rather than chart your own course.

Another key strategy is to stay predictable. If you set a pace, keep it. Don’t stop if you can help it, don’t turn around, and most of all, don’t try to back up. Everyone is sort of predicting where everyone else will go based on current momentum and sudden changes crash the system rather badly.

Good for what ails ya

Well, if you have a broken leg it probably isn’t, but generally, walking around Tokyo does get you into better shape. Since arriving I’ve had maybe one or two days a month where I haven’t walked at least a couple of miles. Anne has been loosing some weight and while I haven’t especially, I do have a lot more stamina than I did before.

I just think it is great that you can live here without a car and go nearly anywhere you like without much difficulty. There is almost always a train going somewhere you need to go, and for life’s necessities, you rarely need to go far.

Mind you, this is only really possible with some serious urban density and I’ve grown to miss the great outdoors a bit since coming to Japan. But if you do want to live in the worlds largest city, this seems like a pretty good way to do it.

Sigfried Trent
Sigfried is a devoted husband, software developer, author, and lifelong gamer who has had enough of the daily grind and is out for some good old fashioned adventure.
My first job in Japan: GABA
The Minority Report